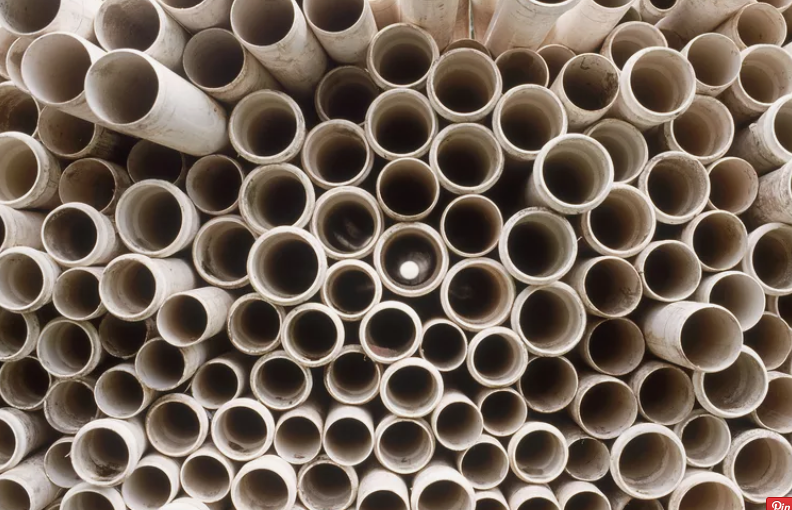 Polyvinyl chloride (PVC) is a popular thermoplastic that contains high levels of chlorine which can reach up to 57%. Carbon, which is derived from oil or gas is also used in its fabrication. It is an odorless and solid plastic that is white, brittle and can also be found on the market in the form of pellets or white powder. PVC resin is often supplied in the powder forms and its high resistance to oxidation and degradation make it possible to store the material for long periods. Some authors/activists that oppose the manufacturers of PVC often refer to it as the “Poison Plastic” due to the toxic pollutants it might release. When plasticizers are added it becomes softer and more flexible.

PVC is predominant in the construction industry due to its low production cost, malleability, and light weight. It is used as a replacement for metal in many applications where corrosion can compromise functionality and escalate maintenance costs. Many of the world’s pipes are made from PVC and these are used in industrial and municipal applications. It is also used to make pipe fitting and pipe conduits. It does not have to be welded and can be connected with the use of joints, solvent cement and special glues–key points that highlight its installation flexibility. The material is also present in the electrical components such as electrical insulation, wires, and cable coatings.

In the healthcare industry, it is used to make feeding tubes, blood bags, intravenous (IV) bags, parts of dialysis devices and many other items. This is only possible when phthalates are added to it. Phthalates are used as plasticizers to produce flexible grades of PVC (and other plastics), thus making it better suited for the aforementioned applications due to improved performance characteristics.

Common consumer products such as raincoats, plastic bags, toys, credit cards, hoses, doors and window frames and shower curtains are also made from PVC. This is not an exhaustive list of the many products that can be found around the household with PVC as its main constituent.

As mentioned earlier, PVC is a low-cost material that is lightweight and as such, is easy to handle and install. Compared to other types of polymers, its manufacturing process is not limited to the use of crude oil or natural gas. Some use this point to argue that it a sustainable plastic since these forms of energy are known to be nonrenewable.

PVC is also a durable material and is not affected by corrosion or other forms of degradation.  It can easily be converted into different forms making its use across various industries an evident advantage. Being a thermoplastic it can be recycled and converted into new products for different industries, but this is not an easy process due to the many formulations used to manufacture PVC.

It also presents chemical stability which is an important factor when PVC products are applied in environments with different types of chemicals. This characteristic guarantees that it maintains its properties without undergoing significant changes when chemicals are added.  Other advantages include:

PVC is often referred to as the “Poison Plastic” and this is due to the toxins it can release during manufacture, when exposed to fire, or decomposed in landfills. These toxins have been linked to health problems that include, but are not limited to cancer, birth development problems, endocrine disruption, asthma, and lung problems. While many PVC manufacturers point to its high content of salt as being a major advantage, it is this main ingredient along with the possible release of dioxin and phthalate that are possible contributing factors to the hazards it might pose to human health and the environment.

The health concerns of PVC plastics, if any, are still highly debatable.

PVC plastics account for a lot of plastics that are used in the world today. This material is ranked as the third most used plastic falling behind polyethylene and polypropylene. The concerns regarding its threat to human health have prompted research around the use of sugarcane ethanol as the feedstock for PVC instead of naphtha. Additional research is also being conducted on bio-based plasticizers as a solution for phthalate-free plasticizers. These experiments are still in their initial stages, but the hope is to develop more sustainable forms of PVC that do not affect human health or threaten the environment during the manufacture, use and disposal stages. With the many excellent characteristics that PVC presents, it continues to be a widely used plastic across various industries.