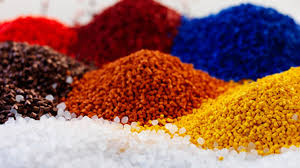 Plastic is becoming more vital to the aerospace industry.

According to Assembly Mag:

“For the past decade, carbon-fiber composites have been the darling of the aerospace sector, receiving countless praise and widespread attention. Reinforced polymers have dramatically changed the way that many types of airframes are designed and built.

“While composites are still hot, traditional plastics have been quietly making inroads in civilian, commercial and military aircraft. As new generations of planes take to the skies in the years ahead, thermoplastics will be along for the ride.

“Plastics such as acrylonitrile butadiene styrene, polyetheretherketone (PEEK) and polyphenylene sulfide are currently used for a wide variety of applications.

“Polyetherimide is another popular material used in the aerospace industry, because engineers can produce parts that meet the strict flame, smoke and toxicity requirements set by the FAA.

“Polyetherketoneketone (PEKK) is an advanced, high-temperature engineering polymer that features excellent mechanical properties, chemical resistance, thermal stability and flame retardancy. The high strength and light weight of new grades of PEKK, such as HT-23, make it a competitive alternative to aluminum.

“Structural applications include wing ribs and spars. In addition, plastic is used on the exterior of aircraft for things such as fuel tank covers, landing gear hubcaps, pylon fairings and radomes.

“Plastic offers many advantages over aluminum and other traditional aerospace materials, such as light weight, high strength and durability.

“Heat-resistant, noncorrosive plastics like PEEK can be machined to replace metal fasteners and screws. There is no change needed in the overall design of existing machined parts, allowing for the direct replacement of OEM components.

“Although traditional plastics have been used for decades, aerospace engineers are finding new roles for the materials.

“’Each year, more and more plastics are being created with unique performance characteristics that are ideal for specialized uses and replacing metal materials,’ says Alex Curtiss, president of Engineered Plastic Products Corp. (EPP), which specializes in producing a wide variety of aerospace parts. ‘Plastic is often a first choice due to weight-to-strength ratios and the natural corrosion resistance of many of the modern compounds.

“’Since aircraft and aerospace components are [often produced in small] quantities, most plastic parts are not likely to be good candidates for molding; instead, they’re machined from basic shapes,’ explains Curtiss. ‘Another advantage is that many plastic materials are self-lubricating, which eliminates the need to introduce grease- and petroleum-based lubricants that could pose fire or explosion hazards.’

“According to Curtiss, there’s recently been an increase in plastic technologies that push the previous limits of load-bearing, torque handling and gear drive capabilities in aerospace applications. Specialty grades with superior heat, chemical and radiation resistances enable plastics to play an increasingly important role in the aerospace industry.

“’The use of polymers is increasing in the aerospace industry, particularly for aircraft,’ notes Gregory Odegard, a professor of mechanical engineering and materials science at Michigan Technological University. ‘Aluminum used to be the material of choice because of its relatively low weight, low cost, corrosion resistance and resistance to fatigue.

“’However, over the last couple of decades, polymer materials have slowly replaced aluminum,’ says Odegard. ‘The use of polymers is increasing in the aerospace industry, particularly for structural members of aircraft.

“’This increase of use is seen in all sectors, including small military and large commercial aircraft,’ Odegard points out. ‘There is also tremendous interest in increasing the use of composites in spacecraft. For example, NASA just invested $15 million to develop the next generation of composites for manned missions to deep space.

“Despite numerous advantages, some aerospace engineers are still reluctant to switch to plastic.

“’Polymer composite panels are more difficult to manufacture than aluminum panels, thus making them more costly,’ explains Odegard. ‘Also, engineers have been working with aluminum for decades and have a tremendous amount of knowledge and confidence in that material.

“’All polymers are subject to physical aging at ambient conditions, which involves the very slow embrittlement of the polymer molecular structure,’ says Odegard. ‘That can take years to occur.

“’Polymers are also subject to accelerated aging due to exposure to moisture, ultraviolet radiation and elevated temperatures,’ notes Odegard. “’We still need to learn more about these aging mechanisms and their effects on the mechanical integrity of composite materials.

“’One major advantage of aluminum fuselages is with the mitigation of damage due to lightning strikes,’ says Odegard. ‘Aluminum is highly conductive, which means that electricity can easily pass through the airplane.

“’However, polymer composites have a relatively low electrical conductivity,’ explains Odegard. ‘As a result, an extra layer of copper mesh must be added to the fuselage of the Boeing 787 to dissipate the electricity from lightning strikes.’

“One of the biggest trends in the aerospace industry today is the growing use of thermoplastics instead of thermosets, which were traditionally used to make composite parts.

“Because thermoplastic polymers can be melted, curing is less critical. Thermoplastics are also less brittle than their thermoset cousins and can be welded in various ways.

“Large, integrated components can be made from thermoplastic composites without adhesive bonding, and assembling mechanical joints is less complicated. No shims are required for thermoplastic part assembly.

“’Many traditional metallic aerospace structures have, in recent years, been substituted with laminated advanced carbon-fiber reinforced thermosetting polymer composites in a bid to save weight and consequent operating costs by increasing fuel efficiency,’ says Stuart Green, senior technology manager at Victrex, a leading supplier of thermoplastics. ‘Currently, there is a growing interest in the use of thermoplastic carbon-fiber composites, such as those based on PEEK, to increase manufacturing productivity and satisfy growing demands for an ever faster aircraft build rate.’

“Victrex recently launched a joint-venture with Tri-Mack Plastics Manufacturing Corp. to accelerate the commercial adoption of polyaryletherketone (PAEK) composite applications in the aerospace industry. TxV Aero Composites provides composite components and assemblies that deliver weight savings of up to 60 percent over conventional metallic designs. It claims to use “continuous manufacturing processes and cycle times measured in minutes vs. hours for thermoset alternatives.’

“’With an estimated 35,000 new aircraft to be launched in the next 20 years, the aerospace industry is embracing thermoplastic composites as a cost-effective solution to support this growth,’ says Will Kain, president of Tri-Mack Plastics. ‘The efficient processing and performance advantages of PAEK thermoplastic composites combined with state-of-the-art automated manufacturing will position [us] to meet the industry’s cost and weight challenges.

“’Commercial aircraft use thousands of brackets and system attachments from the cockpit to the tail of the plane,’ adds Kain. ‘The total amount of these components on an aircraft can add a significant amount of cost and weight, especially if they are made from machined metal or thermoset layups.

“'[Our] PAEK-based components can be manufactured more efficiently than conventional thermoset alternatives,’ claims Kain. ‘They can deliver significant weight savings compared to stainless steel and titanium, while offering equivalent or better mechanical properties such as strength, stiffness and fatigue.’

“GKN Aerospace Fokker is one aerospace manufacturer that has been pioneering thermoplastic composites. The company’s engineers recently used the technology to produce the wing leading edge of the Airbus A380 jetliner, the horizontal tail plane of the Leonardo AW169 helicopter, and the rudders and elevators of the new Dassault and Gulfstream business jets.

“GKN manufactures the complete Gulfstream G650 empennage with a thermoplastic rudder and elevator that reduces the weight of the components by 25 percent compared to traditional materials. Components are joined by induction welding, eliminating costly drilling and riveting work.

“’Cost reduction is achieved through the use of fast, automated thermoplastic processing,’ says Toine Verbruggen, vice president of procurement and supply chain management at GKN Aerospace Fokker. ‘At the same time, weight is kept low by designing thin-walled structures, which are extremely tough because of the properties of thermoplastic polymers.

“’More and more primary structural parts will be made of this innovative material in the future, playing an important role in [upcoming] aviation programs,’ claims Verbruggen.

“Daher, another large aerospace supplier based in Europe, recently signed a contract with Boeing to provide thermoplastic composite structural parts for the 787 Dreamliner. The components will replace existing parts that are currently manufactured using traditional thermoset composites.

“‘Thermoplastic composite technology holds significant promise in further driving down the aviation industry’s costs of manufacturing aerostructures,’ says Nicolas Orance, senior vice president of aerospace and defense business at Daher. The company plans to use automation and robotics to optimize manufacturing processes at its plant in Nantes, France.

“‘In addition to their material properties, thermoplastic composites are less subject to many of the production environment constraints with thermoset materials, such as limited shelf life, the necessity for cold storage and requirements for clean room conditions during manufacturing,’ Orance points out.

“‘Aircraft parts made from thermoplastic composites are also more resilient and provide recycling potential not possible with other materials,’ adds Orance. ‘Additionally, the curing of thermoplastic matrices uses heat and pressure in short cycles, responding to the faster production times sought by the aerospace industry today.’

“Additive manufacturing is also changing how plastic is used in the aerospace industry. For instance, Victrex has been developing new grades of PAEK that can be used to print aircraft components with complex shapes and geometries.

“’Engineers want the same materials, with the same performance, that are used in injection molding and other more mature manufacturing methods,’ says Robert McKay, emerging business director at Victrex USA Inc. ‘They want to be able to start production in 3D printing with PEEK, and then seamlessly transition to injection molding, or take a part that was injection-molded and customize it with 3D printing.

“’In aerospace, engineers want polymers that can survive in demanding environments where there might be a broad range of temperatures and corrosive chemicals,’ adds McKay. ‘They also want materials that are already proven in many years of service.’

“‘The adoption of this technology has been transformational for both design and manufacturing,’ claims Simon Rieu, composite and additive manufacturing manager at Latecoere’s R&D and innovation center. ‘Additive manufacturing has integrated seamlessly into our design and production process, and has seen us enjoy improved lead times, reduced costs and enhanced operational efficiency.

“‘We recently produced a 3D-printed prototype to verify the fit and function of a part for the interior lining of an aircraft door,’ says Rieu. ‘Previously, this would have been made with sheet metal, an often time-consuming process. We produced a fully functional prototype in two days, reducing our lead time by 95 percent.’

“In addition, Rieu and his colleagues have produced flight-ready polyetherimide parts for Airbus, such as a camera case and air duct housing components, that are 50 percent lighter than their metal counterparts.

“’By being able to print components on-demand within a smaller timeframe, [we] will no longer have to hold a large inventory of spare components or have to go through long wait times for replacement components,’ explains Safa. ‘The video monitor shrouds weigh 9 percent to 13 percent lighter than components manufactured traditionally.’