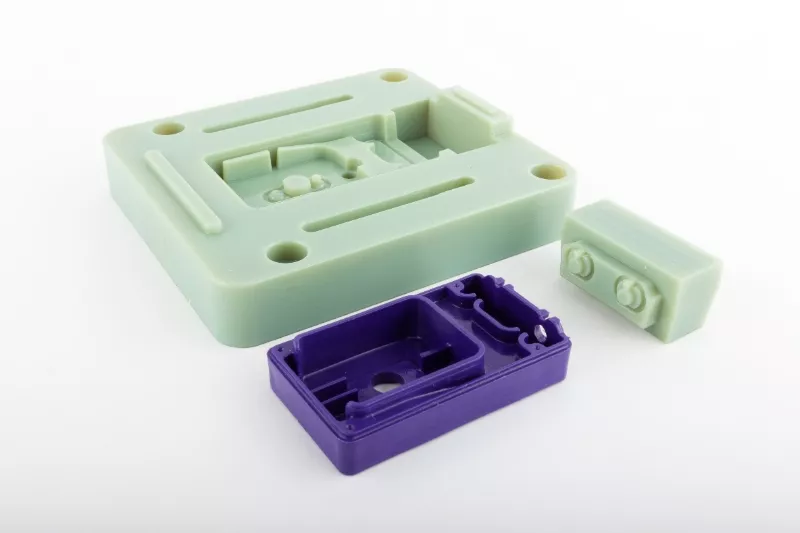 Plastic injection molds can’t be made in a minute, or even in an hour. But they can be 3D-printed in a day or so, which is far faster than the weeks or even months most in the industry have come to expect.

That’s great, you’re thinking, but really? A plastic mold? Why not just print the parts themselves and cut out the middleman, so to speak?

As it turns out, there are some very valid reasons to 3D-print a mold. There’s the aforementioned need for speed, for example. That might be all the justification necessary for a person who needs a hundred or so parts in a few days.

But before you run off to your computer, gung-ho to upload your latest product design, please remember the “hundred parts or so” caveat. That’s a reasonable quantity expectation for most 3D-printed molds, and it might be far less if you want parts molded from a high-temp polymer such as ULTEM or a glass-filled nylon. Around the 100-part threshold, your mold will be kaput and you’ll heading back to the 3D-printer to build a new one.

“That last part isn’t all that important because of the lower production quantities involved with 3D-printed molds, but what is important is mold longevity. With abrasive or less-moldable materials, you might only get 10 pieces before the mold chips or breaks or wears to the point that part quality becomes unacceptable,” said Varotsis.

The other caveat is part design. As Varotsis noted, parts produced with 3D-printed, two-part molds are limited to less complex geometries. Undercuts and similar features, which are common with production mold tooling, must be generated through the use of hand-loaded inserts. The reason is that the automatically sliding side-action cores used in metal molds are not an option because of their cost and design complexity. Again, no big deal unless you’re planning on making several hundred parts, in which case the manual labor might become burdensome.

The mold design itself, however, is also different, requiring larger draft angles and greater care with the placement of ejector pins and gates. This must be done to avoid undue stress on the mold. None of this is meant to imply that 3D-printed molds don’t have their place—they do—only that they need a little extra TLC during and after the design process.

Varotsis said that 3D Hubs continually works to expand its injection molding offerings to accommodate “a whole range of new possibilities that serve the needs of its engineering customer base.”